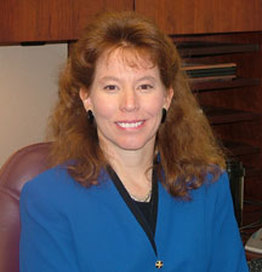 Barbara T. Cerny grew up in Grand Junction, Colorado. She served twenty-two years in the US Army Reserves, retiring a Lieutenant Colonel in 2007. She is an information technology specialist and supervisor at Wright-Patterson AFB in Dayton, Ohio. She is teh author of Of Angels and Orphans, Grays Hill, Tressa, and Shield of the Palidine. Her fifth novel, The Tiefling, is in editing and is due out in early 2013. She is currently working on her next three novels. She lives with her loving husband, Charles, and their two wonderful children, Oksana and Audra, in Dayton, Ohio.

Of Angels and Orphans 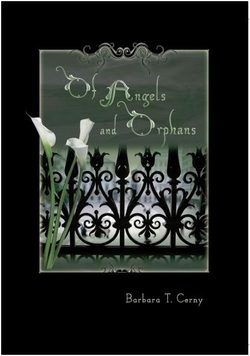 Audra Markham is a ten-year-old girl born into privilege, but only in the sense of wealth. The granddaughter of a Viscount, Audra is the object of ridicule in her spoiled and spiteful family. Alone and unloved, Audra seeks solace in the comfort of food.

In another part of London, thirteen-year-old Nathaniel Abbot lives a wretched life, forced to steal food in order to survive. Living in squalid conditions at the local orphanage, Nathaniel and three of his friends are spared further suffering when Audra "rescues" them from their plight. Two lost souls that cannot find their place in the world suddenly find a place in each other's hearts.

Follow the lives of Audra and Nate as they grow from loyal childhood companions to inseparable young lovers, struggling through the perils of their own lives and facing difficult decisions that threaten to keep them apart. 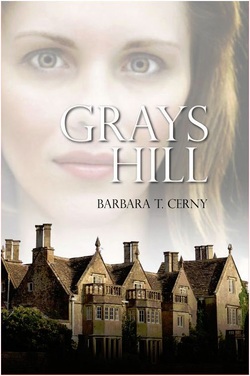 After her father committed suicide rather than face his mounting gambling debts, Oksana Wallingford knows she will have to work in order to keep food on the table and her younger brother, the new baron, in school. When her best friend finders her a position as the nanny of his brother's children, it is the opportunity Oksana needs. But what she didn't contend with was Rafe, the recently widowed Duke of Essex and her new employer.

Oksana and Rafe's personalities are like oil and water. However, what begins as mutual hate slowly begins to change into something more. But what future can they have when Rafe has sworn off marriage for good?

As the mismatched pair struggles to come to terms with one another, a disaster that throws everything into question strikes them both. 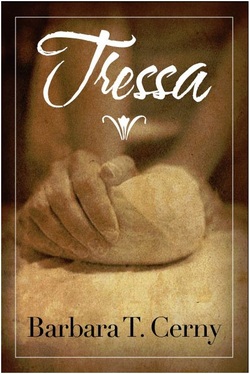 Escaping an abusive husband and the tragic loss of her newborn child, Tressa O'Daire leaves her home of Dublin, Ireland, for the unknown shores of New York City. There, she finds work in the powerful Langley family as a nurse-maid to a baby girl. The Langleys allow Tressa, a master baker by trade, to use their baking oven and she starts a business and a new life.

Ethan Langley, crippled in a riding accident that left him bound to a wheel chair, has spent the last eight years in his room escaping the embarrassment to his family and the hatred of his brother, Heaton. The only bright spot in his life is his sister, Sarah; until a certain Irish baker arrives and turns his life upside down.

Their very lives are threatened when the head of the Langley household dies unexpectedly leaving the business and family fortune to Heaton. As Heaton and his wife, Victoria, bring the family to the brink of ruination, Tressa and Ethan must save whatever they can, including the budding love between them. 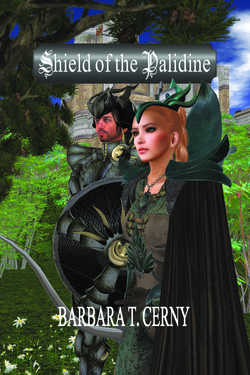 
The hardcopy will be out in around the end of Oct 12. The Kindle version is ready.


Accidently discovering a portal between Earth and Amorgos, Pierre and Elise find themselves surrounded by frightful creatures from beyond their imagination.

Princess Elise d’Orleans, niece to King Louis XIII, is a spoiled brat used to having everyone cater to her every need. She hates Amorgos, hates the races of people populating Amorgos, and hates the fact that everyone believes she is their Redeemer, the One to free them from enslavement of their common enemy, the Asmodai. But most of all, she hates the fact that the only other human in Amorgos is a stinky peasant that doesn't kowtow to her every whim.

Pierre Tonnelier, the village's journeyman cooper, found an extraordinary necklace in the woods outside Chateau de Saint-Germain en Laye, a castle in the French countryside. He is forced to sell this unusual piece to pay off his father's debts. What he didn't contend with was it taking him on a strange journey with an egotistical royal pain in the derriere.

Shield of the Palidine chronicles the journey of Elise to the true Reedmer, of Pierre to a warrior of immense abilities, and their unbridled love, despite all the tensions of class, bigotry, and intolerance. 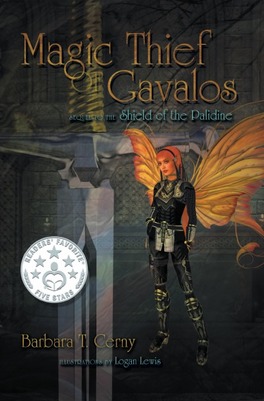 Because of Hestia’s unspeakable betrayal, Zeus unwittingly creates his own mortal enemy and sets the path to his own destruction.

Seventeen years have passed on Earth and Amorgos calls Pierre and Elise Tonnelier once again. Through their children’s antics, they find themselves back to a place they never wanted to be. Amorgos is bereft of magic and Elise, as the Redeemer, finds herself reluctantly leading the races to save their world as she finds herself trying to save her marriage.

French teens Elam and Illieya Tonnelier and their friend, Chace Bagot, do the one thing they have been told to never do – touch the Sword of the Western Sun. Its portal stone sends them first to Amorgos and then the Shield of the Palidine sends them to a world worse than Amorgos - Olympus. There they face the gods of Greek mythology and are set on a quest to destroy the most powerful witch who has ever lived, Zeus.
​
Magic Thief of Gavalos picks up where Shield of the Palidine finishes. This incredible adventure chronicles two journeys: a second of Elise and Pierre on Amorgos and five years in the lives of Illieya, Elam, and Chace as they battle witches and each other. Both groups must come to terms with themselves and their relationships to save Amorgos, Olympus, and their families. 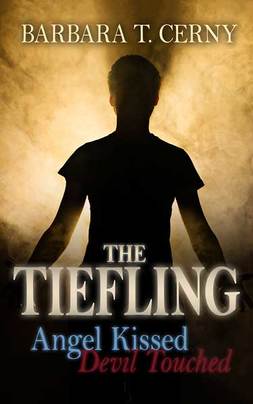 Transformed by the devil and betrayed by God, Branan Lachlan is made to battle demons with naught but his Scottish wit.

When the devil came for Branan Lachlan and turned him into a demon, he expected to train the young Scotsman to be the antithesis of God and his own damned apprentice. Cursed at twenty-one, Branan fought his demonic character armed only with an iconic sword and an unwavering light in his belly. Plagued by an internal battle of good versus evil, one part of him playing against the other, he is destined to walk Scotland forever, neither living nor dying.

Turning his brother to save Earc’s life, Branan returns to the fold of his tiny family to lead them on a strange journey through the devil’s world on Earth. He is helped by Fionna Frazier, a young peasant girl with a shocking secret of her own.
​
The trio travels around Macbeth’s Scotland trying to escape from the devil’s spawn, Raum. They meet vampires, druids, murderers, and a harpy, all which add adventure and demand they make choices between good versus evil. In the end, will they win the epic battle with Raum and return to God or will they lose their souls to Lucifer forever?