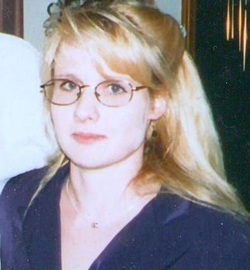 My name is Autumn Rosen and I am an author of novels and screenplays, a poet (but I didn't know it), friend, consummate smart ass, mother, comic/gamer geek, gum chewing, spouse, U.S. military veteran and trouble maker.

I grew up here, there and everywhere and travelled a lot after that. If you can imagine fitting a South Carolina, West Virginia, Kentucky, California, Michigan, Florida, Ohio, Illinois, Italian, British and Australian accent into one person, you would have me. I am a fire-ant smashing, hill-billy, horse riding, surf board crashing, snow plowing, sunburned, head scratching (I got nothing for Ohio), stuffed pizza eating, spaghetti wielding, bloody wanker mate and New York Yankees fan at your service.

Because I write in different genres I found it easier to take on some alternate egos. I write novels under the names, Autumn Rosen, Sinnie Ellis and Ammari Sky. 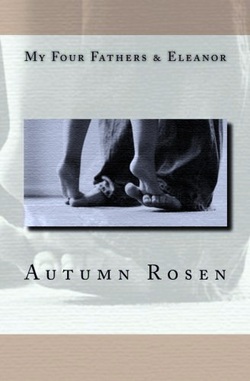 They say it takes a village to raise a child, unfortunately Thomas Emerson Walling has the whole village in his head and they all want to lend a hand.

Multiple Personality Disorder has turned Thomas Walling's life into a mental game of king of the mountain; the alternate ego on the top gets control of his body. His opponents are Chuck the drill instructor, Louis the flamboyant shopaholic, Henry the childlike obsessive compulsive mysophobic and Eleanor the southern belle who dresses the part. These personalities have been held at bay most of Thomas’ life with therapy and medication. Things change when Thomas’ elderly psychiatrist dies.

His new doctor, wanting a full blown tour of his newest patient’s brain and rare illness, takes away his prescribed drugs. Off of his medication, Thomas’ life turns into chaos when one of his personalities steals his car and vanishes for a day. Nine months later, Thomas finds out he is a father. Now he must learn how to deal with more than just his own mental friends’ circle. Thomas must raise a little girl as a single father, while struggling with a life that will never be quite normal. When his other personalities cause run-ins with the police, child services and the court system, he is left fighting not only for his child, but his sanity.

My Novel Affair by Sinara Ellis 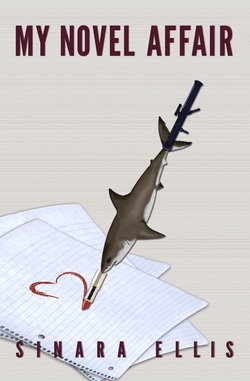 Kill Casey Lattimer.
Let Larry destroy Gary, once and for all.
Feed my great white shark and sand-trap serpent.
Fall in love with someone who isn’t insensitive and self-absorbed.
Find the Holy Grail of orgasms.

My Actual To-Do list:
Buy ice cream, and find a real happy ending outside of my own imagination…