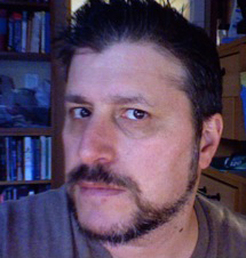 Athanasios has been interested in religion & faith since childhood. This led to studying a bewildering variety of beliefs from pagan, wicca, judaism, christianity, islam, to hindu, buddhism, shinto, luciferianism & much more. The interest made its own momentum & brought Mad Gods & now its sequel Commitment.

Other interests include most entertainment, from film, to television & books. He won't try video games for the same reason he doesn't keep his favourite booze in the house; he would do nothing else. There was a short time he was into World of Warcraft but that became the obsession he knew it would be. He left it for a deeper & more engrossing one: Predatory Ethics. 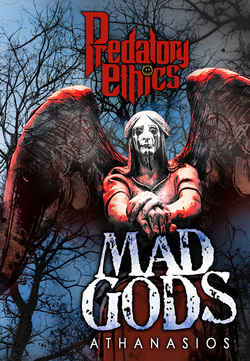 Just before they succeeded in their centuries old plans they were stopped. In 1962 just one man and a lost soul were the only things standing in their way.

They gave us a new hope in the face of an oblivion laid out in forgotten Gospels and the Bible. What could one person do against such overwhelming opposition intent on enslaving the world?

Mad Gods is a unique and engaging read that re-imagines myth and gods. 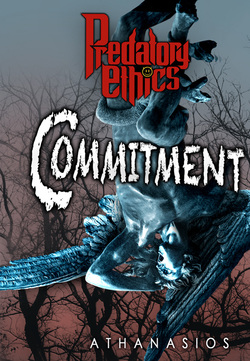 Sequel to Mad Gods the book that re-imagined myth and gods.

Melusine Rothschild, Grande Dame of the Black Nobility wants to raise him by Predatory Ethics and guide him in wielding the power and influence of his dark birthright.

Adam wants none of this. He watches his TV shows in one of Danvers Mental Hospital's nice padded rooms, snugly dressed in his own long sleeved, buckled, canvas jacket. He is safe, away from a hostile, ravaging outside world. 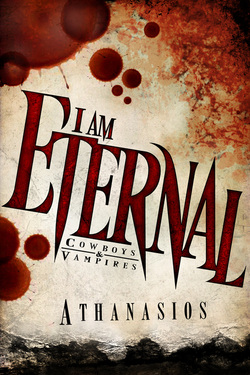 He has watched the undead go from myth to adored celebrity and he exists, hiding from a determined and lethal group of hunters who do not listen to reason and won't stop until he's destroyed.

Simeon witnessed and lived history and he doesn't know if he wants any more of it. He wants to connect with someone again, to feel close to another, but when he meets somebody on a train who knows too much about him, Simeon cannot trust that he isn't another of the Slayers. Is his new friend sent to eliminate him or the hoped for salvation from the tedium of eternity.