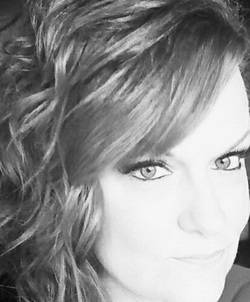 Award-winning and International bestselling author Ashley Fontainne is an avid reader of mostly the classics. Ashley became a fan of the written word in her youth, starting with the Nancy Drew mystery series. Stories that immerse the reader deep into the human psyche and the monsters that lurk within us are her favorite reads.

Her muse for penning the Eviscerating the Snake series was The Count of Monte Cristo by Alexandre Dumas. Ashley's love for this book is what sparked her desire to write her debut novel, Accountable To None, the first book in the trilogy. With a modern setting to the tale, Ashley delves into just what lengths a person is willing to go when they seek personal justice for heinous acts perpetrated upon them. The second novel in the series, Zero Balance, focuses on the cost and reciprocal cycle that obtaining revenge has on the seeker. For once the cycle starts, where does it end? How far will the tendrils of revenge expand? Adjusting Journal Entries answered that question: far and wide.

Her short thriller entitled Number Seventy-Five touches upon the sometimes dangerous world of online dating. Number Seventy-Five took home the BRONZE medal in fiction/suspense at the 2013 Readers' Favorite International Book Awards contest and is currently in production for a feature film (www.number75themovie.com).

Her paranormal thriller entitled The Lie, won the GOLD medal in the 2013 Illumination Book Awards for fiction/suspense.

The suspenseful mystery Empty Shell released September 29, 2014. Ashley then delves into the paranormal with a Southern Gothic horror/suspense novel, Growl, scheduled for release in the Spring of 2015. Plus, she will be teaming up with Lillian Hansen (Ashley calls her Mom!) to pen a three-part murder mystery/suspense series entitled The Magnolia Series. The first book, Blood Ties, is due out the Summer of 2015.

Accountable To None (Book One of the Eviscerating The Snake Trilogy)

Zero Balance (Book Two of the Eviscerating The Snake Trilogy)