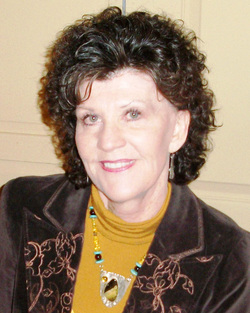 Arleen Alleman is a former analyst with the Government Accountability Office where she wrote extensively on many topics ranging from satellite systems to endangered species. She has a science education but has also worked as a fashion model, insurance adjuster, jewelry designer, and proprietor of a home décor shop. Her interests include reading, health and fitness, world religions, and travel. In fact, her world travels supply authentic backdrops and narration for her fictional stories. Born in England and raised in New Hampshire and Nevada, she now lives in Colorado with her husband, Tim and their cat, Xena. She is the author of the Darcy Farthing cruise crime adventure novels Currents Deep and Deadly, Currents of Vengeance, and coming soon, Current Assets. 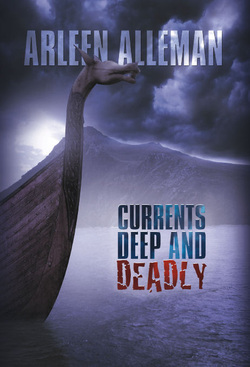 In three intertwining chronicles blended into one fast-paced journey, Darcy Farthing offers tidbits of history and geography from her travel log of South American seaports, spins a tale of murder and madness aboard a cruise ship, and reveals her own devastating but enlightening personal crisis. A pragmatic scientist by nature and a mid-level pharmaceutical company manager, she has given up all belief in a spiritual component to life. That is, until a series of unbelievable coincidences challenges her non-belief…

Through a series of traumatic events,Darcy meets the man who could be her soul mate, battles a psychotic shipboard killer, and runs headlong into her carefully hidden past—a past she has worked so hard to forget. She breaks free of her emotional prison—but at what price? The wondrous and terrifying events of this monthlong adventure meld together in ways that threaten to destroy her entire belief system…and her life. 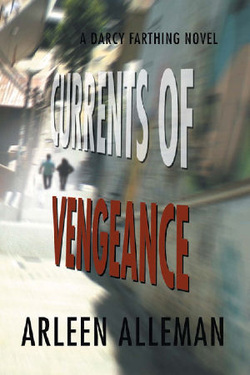 New author Darcy Farthing and GAO manager Mick Clayton struggle with the aftermath of their traumatic South American cruise. As Darcy gets to know her new daughter, Rachael, Mick battles depression from his near-death encounter in Valparaiso. Reluctantly, he decides to return to the "Sea Nymph" with Tom Smythe, the ship's fired security chief, to conduct a joint GAO-FBI investigation of crime on cruise ships and to bring a murder suspect to justice. Darcy and Rachael go along, but the nightmare begins anew when they encounter a shipboard saboteur, a rapist and much more. Mick finally succumbs to his emotional stress, and Rachael falls victim to a violent predator, as they all meet with violence and madness wrought by vengeance. 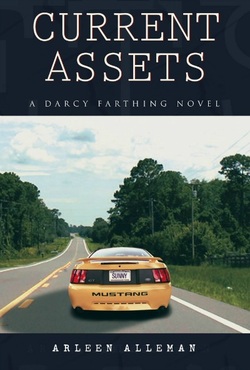 Author Darcy Farthing is writing at her new home in Marco Island, Florida while her boyfriend Mick Clayton conducts a GAO investigation of government property—asset forfeitures—stolen from under the noses of U.S. Marshals and a sheriff’s office. When close friend, Tom Smythe, is arrested for attempted murder of a deputy sheriff, the couple tries to identify who is behind the property thefts and corruption. When more deputies are attacked, Darcy and Mick are drawn into a bewildering government investigation and an alarming web of murder and conspiracy with a surprising link to Middle East terrorists; as well as a smuggling operation on a luxury yacht. As they inch closer to identifying a vicious murderer, the violence hits close to home when desperate criminals target Darcy and her deeply troubled daughter, Rachael. 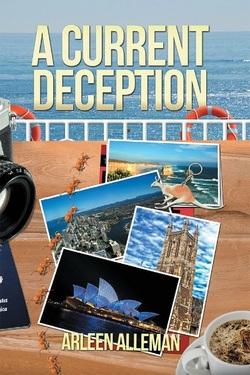 Freelance reporter Darcy Farthing boards a luxury cruise ship for a trip to beautiful Australian seaports with family and friends, where a baffling murder mystery challenges her investigative skills. The crimes begin when a small-town Kansas woman traveling with a class reunion tour group is plagued by an attack of yellow crazy ants—a dangerous, invasive species—as well as an illness caused by mysterious foodborne bacteria and the odd cancellation of an onshore tour. The bizarre but relatively minor incidents escalate when the ants injure more passengers and crew members. Soon, a peculiar death on the streets of Adelaide and attempted murders on board the ship threaten to cause panic. It is obvious that a crew member or passenger is targeting individuals, but who is it and why?

Meanwhile, Darcy is distracted by daughter Rachael’s uncharacteristic behavior and intense friendship with a handsome passenger. Reluctant to make waves, Darcy tries to suppress her concerns. She turns her full attention to the crimes when evidence is found in Brooks’s stateroom and the security chief names him as the sole suspect. Brooks is clearly innocent, but the chief is inexplicably reluctant to conduct a more thorough investigation to clear him; then Darcy’s best friend, Sid, who is also Brooks’s fiancé, becomes the latest victim. Clue by clue, with Mick’s help, Darcy uses her skills to reveal a homicidal master of disguise and world-class computer hacker intent on exacting revenge related to a twenty-year-old crime.