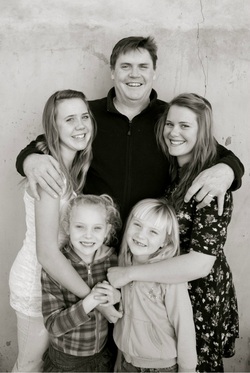 Ant Barclay lives in a beautiful seaside village in a house he shares with his wife, four daughters, four dogs and three cats. Ant knows he’s at the bottom of that pecking order and is comfortable being there. Ant loves writing, reading, sport of any description, TV and mathematics, in that order.

The Verity series of books has been Ant’s late-night passion for the last five years, and he is incredibly excited to at last be able to share Keith Verity with everyone. Ant wishes Keith was his alter-ego, but Ant just isn’t tough enough. 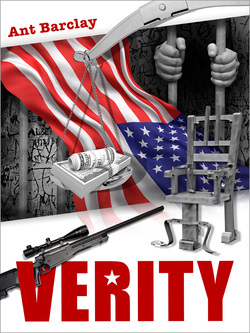 Keith Verity is a hard man who lives his life by a strict moral code. In his own words, he’s never killed anybody who didn’t deserve it, including, famously, a serial killer who had escaped justice because of his wealth, the influence of the media and the dubious tactics of his lawyers.

Nicknamed ‘The Okanogan Vigilante’ and sentenced to death in a trial marked by media sensationalism, Verity finds himself in a situation of ultimate irony…a man who fervently supports the death penalty sentenced to death himself.

Verity has become a statistic in a justice system he scorns: a system which he believes exists for all intents and purposes to protect the rights of criminals and not their victims. He vows to use his appeals process as a platform to challenge the system, to expose the idiocies he holds in such contempt.

Death row forces him into contact with Matthew Pryce, the murderer of twelve young boys who lives in the cell opposite him. Verity hates everything about the man, not least his cowardice, his depravity and his love of media attention.

When the media breaks the story that the prosecution withheld documents from the defence at his first trial, it emerges that Pryce may get a new trial, where Verity fears he will weasel out of his punishment. Verity resolves that this will never happen and that, if necessary, he will give America a show it will never forget.