The Nine Inch Bride Series, Book One: An Epiphany On Wall Street 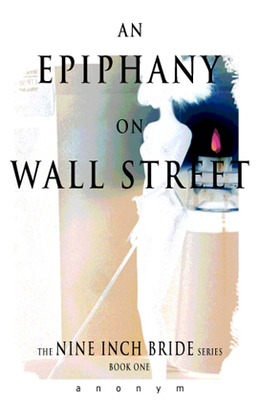 "The character of Sahar, a comely, nine-inch philosopher of global change, is made quite plausible. Her existence is explained in concrete physical terms without resort to magic or paranormal mumbo-jumbo—although there is a mild hint of superhumanity in her intelligence and intuition, and perhaps in her diminutive stature itself, which echoes Nietzche’s idea of the Next Man, a suggestion that she is no less than a symbolic step in our evolution." ~Reviews

In this timely political fiction we meet high strung Ken, a young Wall Street analyst thrown out of work in a major market crash, facing financial and emotional ruin in Empire City some decades in the future. As Ken spirals down, battling and succumbing to conflict and despair, he is rescued by a uniquely talented young woman with a dedicated revolutionary agenda. Together they form a most extraordinary partnership in a mission to change the world.

Sahar is the individual's individual in many ways. Living wild and free has transformed her into a fiercely independent athlete and warrior, while the Net, a future amalgam of current technologies, has made her a sophisticated seductress and dissembler, living virtual lives online in the wider world.

Written largely in the form of riotous dialogue among unusually intriguing characters, the present and future, real and unreal, fuel a serious and delightful bonfire of corporate political culture in America.

Book Two in the Nine Inch Bride series, A Stone of Conscience, continues the tale begun in Epiphany, and is available exclusively at NineInchBride.com.
CreateSpace Paperback          eBooks (all formats)         Amazon Paperback