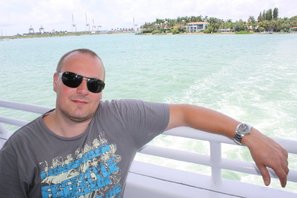 Andreas Christensen is a Norwegian writer who writes primarily science fiction and fantasy. Besides writing short stories and novellas he's working on Aurora, the second installment of the Exodus trilogy, a story of hope in the face of the greatest disaster in history.

He has previously released Exodus, part one of the Exodus trilogy, and recently released a second edition. He has also written The Tunnel, a time travel short story, followed by The Tribe. His first fantasy title, Valerian's Company, is a tale of dark deeds and ruthless justice, in which a mercenary captain discovers that everything you do has a price. Sometimes that price has to be paid in blood...

Andreas Christensen has a degree in Psychology from the Norwegian University of Science and Technology, and his professional background is mainly from public service.

When he's not writing he's probably spending time with Siri and Jonas, or working (writing is not work, it's a whole bag of fun, sitting in front of the computer and making stuff up!)

Andreas has a weakness for cats, coffee and up untill recently, books so heavy he'd need a separate suitcase in order to carry them every time he travelled. Luckily, the world has changed, and the suitcase has now been replaced by the kindle. 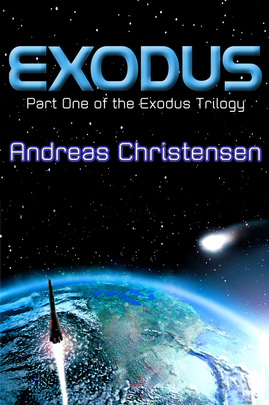 When mankind faces extinction, how can anyone survive?

In 2072, Earth faces the ultimate extinction event. In an America turned authoritarian, a race against time begins. To send a starship to a distant planet, where the remains of humanity can survive. Only a small number will be chosen for this final endeavour to save mankind from extinction, and among the contenders only the most resourceful will have a chance.

But while the government wants to choose loyal subjects in order to create another version of the society they have engineered, there are those who secretly conspire to let the starfarers choose their own destiny, free from the bonds of their mother world.

As mankind on Earth faces its final blow, the selected few set course for Aurora, more than 40 light years away.

Follow Tina Hammer, scramjet pilot and officer, Kenneth Taylor, Harvard professor and alienated by the nation he once held so dear, Maria Solis, daughter to one of the richest men in the world, a girl who would never have been chosen, except for her dad's money, on their various paths toward the greatest adventure in human history.
Amazon.com 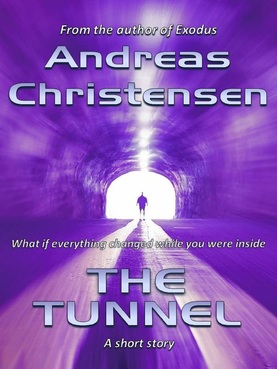 What if you entered a tunnel one day, and when you reached the other side, everything had changed; Would it be exciting? Confusing? Unbelievable? Or your worst nightmare...?

Dave Randall leads an ordinary life with his family in the suburbs. Then one day, on his way to work, his car breaks down in the middle of a deep undersea tunnel. He doesn't worry, but when time passes, and no other cars appear, he decides to walk through to the other side. When he reaches the exit, everything he ever knew about the world has changed, and he finds himself in a situation where he has no idea what to expect or what to do.

The Tunnel is a glimpse into a world where everything has changed, and where nothing will ever be the same again.

The Tunnel is a short story by the author of Exodus.
Amazon.com 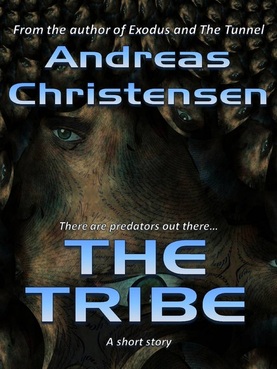 There are predators out there...

Dave Randall was just an ordinary guy, living with his family in the suburbs. Then one day his car broke down inside a tunnel, and everything changed. Now he's trying to survive in a new world, and the future is more uncertain than ever.

In a world where only the strong survive, the ruthless may find opportunity to take advantage of the weak. Still trying to come to terms with being separated from his family, Dave has found hope and companionship in his friends. Now those hopes are threatened by the appearance of a group of cannibalistic warriors who enslaves anyone they don't kill. Dave and his companions decide to fight back, but then things go seriously wrong...

The Tribe is a short story set in the world of The Tunnel.
Amazon.com 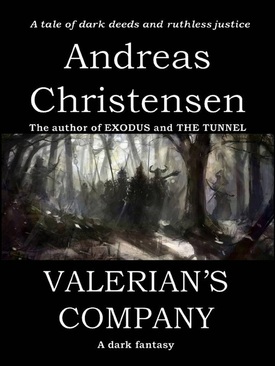 In an age of kingdoms and city states constantly waging war upon each other, Valerian's Company is among the most notorious of the free companies. Every year the hardened warriors roam the lands of Westmark, fighting for one side or the other, but always for gold. They will fight for anyone who pays, but only if the other side doesn't pay more.

After a season of warfare the Company leaves the burning city of Orania behind, betrayed for a handsome price, and left to pillage and plunder. Captain Marco Valerian decides it is time for his men to leave the battlefields for the winter. On their way back home he is about to learn that there are deeds that are darker than others, and that every choice you make comes with a price. And sometimes the price must be paid in blood...