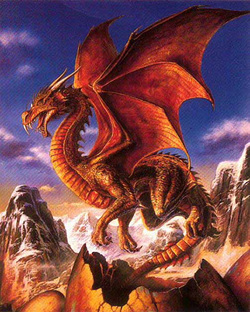 One of those rare breeds, Amber Kallyn is an Arizona native who can trace her family's history through six generations in the state. She lives with her sexy husband, and their four very active children. Included in the menagerie are two cats (though there's always room for more) and two dogs. We won't count all the fish.

Amber loves the paranormal, from dragons to werewolves to vampires. She's currently at work on her next book, probably running around the house acting out a fight scene with her collection of swords and daggers. Or maybe, wishing she had claws to practice the other fight scenes.

A voracious lover of the written word, Amber found at an early age that she could read fast. Really fast. She devours novels by the day, novellas by the hour, and is always looking to get her hands on more.

Bloodstorm (Heart of a Vampire, Book #1) 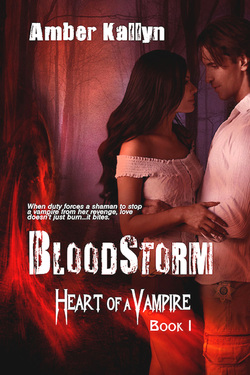 When duty forces a shaman to stop a vampire from her revenge, love doesn’t just burn... it bites.

For two hundred years, Niki DeVeraux has been tracking the monster who murdered her family and made her a vampire. She finally catches up to him in a small Arizona town, only to face more than she bargained for. Amid an imperious vampire King, a shaky truce between the local clan and shifter pack, and a too-sexy sheriff who makes her remember she’s still a woman, Niki’s single-minded purpose is threatened for the first time since her turning.

Between his duties as Keeper of the peace for the Magic Council and heir to his tribe’s shamanistic magic, Sheriff Shane Spencer’s job is to protect humanity and stop the friction between the local Arcaine races before it turns into an all out blood war. To make matters worse, there’s an irresistible rouge vampire in town enflaming his senses.
When wolves start turning up dead, the tension between the paranormal races grows and suspicion falls on Niki. Shane knows she’s not to blame, and it has nothing to do with the primal urges she stirs within him. Working together, they must find a way to stop the hostilities from going over the edge. Trouble is, the desires raging between Niki and Shane might prove more dangerous than the surrounding threats.