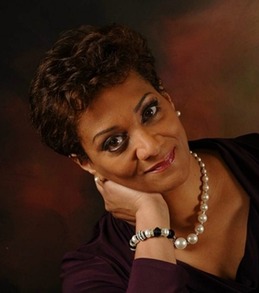 Alexandra Lane was born in Fayetteville, North Carolina and due to her father’s military career she traveled throughout the world to places like Okinawa, Germany, Switzerland, Kansas, Texas and Virginia.

She later returned to North Carolina and attended Fayetteville State University and received a Bachelor’s in Business Administration. From there she worked in the financial industry for more than 16 years. Although she enjoyed her role as a Banking Center Manager she ultimately decided to pursue writing. She contributes all of her successes to her loving parents, Lorna and Harold Lane.

Alexandra is also the mother of three children and she enjoys travel, quiet time and movies. She currently resides in Newnan, GA with her family.

Her motivation to write a book came about when she heard a man tell an incredible story on national TV about his miraculous survival during a paragliding incident. He stated he should’ve died (and was expecting to die) because of how far he plummeted from the sky with nothing to brake his fall, but thankfully he lived. Then surprisingly, he said he was incredibly “lucky”.

Alexandra saw it different. She saw his angel safely guiding him down to where he would not meet an untimely demise because his purpose here on earth was not yet fulfilled.

“A Vision of Angels: The Battle Begins” is a fictional story inspired by true events. And although this story takes place in 1849 during the time of slavery, it is not about slavery, it is about finding ones path in life and the role our angels play in guiding us there.

Alexandra is currently working on her next book, not yet titled.

A Vision Of Angels: The Battle Begins