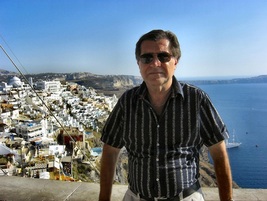 I was born to Alexander and Josephine Drinkwater in Providence, Rhode Island in 1945. After my father (who was a somewhat successful writer of fiction among other things) died in 1954, I was raised by my mother, a bookkeeper for one of the major jewelry firms in Providence. Although the last name is English, my heritage is Italian as “Drinkwater” is a translation of the original family name “Bevilacqua,” a change which took place in the early part of the 20th Century.

I attended the University of Rhode Island for one year and then dropped out to join the U.S. Army in 1966. Three and one-half years in the Army included one year in Vietnam and one year in Europe in various Army Intelligence assignments. In 1969, I was discharged and, after taking a couple of courses in night school, entered Rhode Island College in 1970, graduating with a BA degree in 1973 (Political Science major).

In 1974, I got married, took a job with the Defense Intelligence Agency and moved to the Washington, D.C. area. The marriage lasted five years while the job with DIA lasted fourteen. During this time I obtained an MA from Georgetown University (International Relations). Assignments in DIA were primarily analytical in nature, with the Soviet space program being my prime area of interest. My desire to write fiction manifested itself around 1979 and, in 1981, I began my first novel, entitled “The Ghosts of Hanoi.”  This dealt with the aftermath of the Vietnam War and the question whether prisoners of war were still being held in Southeast Asia (and can be purchased as an ebook below).

In 1988, I switched jobs, becoming a weapons system threat analyst for Air Force Systems Command. In 1991, AFSC merged with AF Logistics Command and my job transferred to Wright-Patterson Air Force Base, Dayton, Ohio where I lived for ten years. During this time, I started my second novel, “Duly Constituted Authority," concerning a revolt of the Joint Chiefs of Staff against a White House bent on radicalizing the military. In 2001, I retired from government service and took a job as a counterterrorism analyst with Science Applications International Corporation (SAIC) and relocated to the United Kingdom where I lived for almost eight years. The work was extremely interesting, although security considerations prevent me from talking (or writing) about it. There I met my second wife, Cathy, and we have now been married for over three years - MUCH better than my first marriage! We live in northern Rhode Island with her teenage daughter and two cats.

In addition to the two novels, I have started a third which is science fiction. I have also written a dozen or so short stories. My longer fiction can be categorized more or less as “military/espionage thrillers” while most of my short stories are science fiction or horror. I have published short fiction in two online magazines. 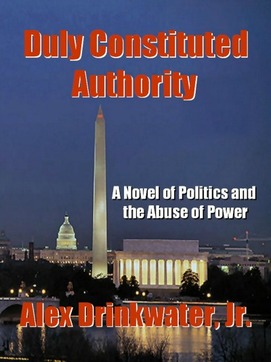 “Rough men stand ready in the night to visit violence on those who would do us harm.” George Orwell wrote that. But that kind of language doesn’t sit well with the “politically correct” crowd. An anti-military president, his radical first lady, and his hand-picked secretary of defense; they’re determined to force their ideas on the U.S. military. If combat capability is sacrificed in the process, so be it! In their way stand the Joint Chiefs of Staff, equally determined to preserve the warrior tradition. The result – a constitutional crisis with the White House head-to-head with the Pentagon. The crisis deepens as, around the country, police and federal agents are sent to military reservations to arrest military officers sympathetic to the JCS, only to be met by superior force. The nation’s enemies realize the United States is in turmoil and begin to test the president’s resolve by flexing their muscles. The very foundation of the Republic trembles as cops and federal marshals confront tanks and angry soldiers. The world watches -- and our enemies wait -- to see who is victorious.

DULY CONSTITUTED AUTHORITY has been selected by Readers Guild for inclusion in a soon-to-be-published anthology of thrillers, and will no longer be available as an individual work. Anthology information (including purchase link) is coming soon!

The Ghosts of Hanoi 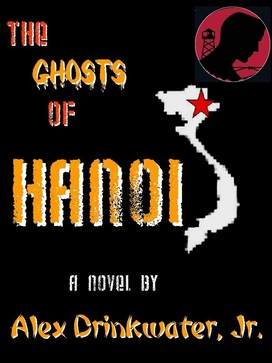 One would think Anthony “Buzz” Basilio has it made – a nice apartment, money, a sports car, girlfriends, and a great job. How many guys could say they got paid good money to investigate whether or not there were still live prisoners of war in Southeast Asia? All he has to do is go along with the program, keep his nose clean, and enjoy life. Trouble is, although everybody from his superiors to the president of the United States believes (or wants to believe) there still are some of our guys over there, Basilio does not. And that’s what gets him into trouble.

Breaking all the rules, he takes matters into his own hands and embarks on a one-man crusade to prove the Hanoi government is officially denying the existence of POWs while, at the same time, unofficially encouraging the same idea. His amateur investigations into the activities of prominent members of the Vietnamese-American community outside of Washington, DC brings him to the attention of certain parties in Hanoi – and that’s when the trouble starts. Before it’s over, he finds himself in love with the beautiful daughter of his arch-enemy, fired from his Pentagon job, a corpse on his hands, and, finally, a prisoner in, of all places, the “Hanoi Hilton.”

He also finds out he’s right – but who will know as he spends fifteen years in a filthy hole for “crimes against the Vietnamese people?” The book has been described as a “real page-turner,” written by someone who had actual experience in the POW/MIA investigations.

Wrong Gates and Seven other short stories from the pen of Alex Drinkwater, Jr. 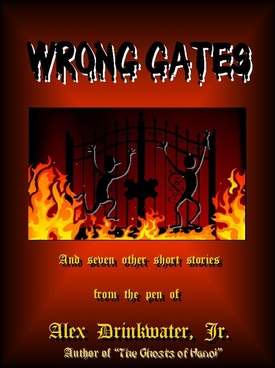 These are eight short stories I wrote over the past twenty years or so. Two of them, Wrong Gates, and Let There Be Lights, were both published in online magazines. Most of the rest have been showcased on my Authorsden website. Some of these can be categorized as horror, some as fantasy. A couple border on science fiction. Two or three of them can be classified as good old revenge stories. Whatever you wish to call them, I hope you enjoy them!