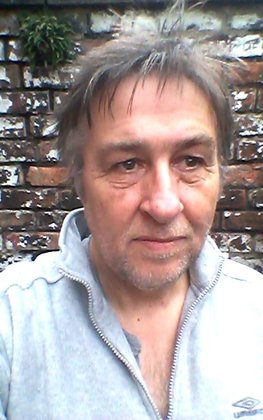 Alain Miles is one of a new breed of writers - someone who thinks from the outset in terms of electronic publishing rather than print. "Nothing beats a strong story-line", he says, "but we need to change the way we write to take account of the way people read. With their e-readers, mobiles, tablets, they're on the move, going to work, between appointments, catching up in the lunch-break. They're surrounded by distractions. They only have a few minutes."

So how does this affect Alain's writing style? "For people on the go, speed is important", he argues. "So I try to eliminate anything that slows the reader down. Dialogue, for example, reads like a playscript, instead of being loaded with the author's description of how his character was speaking, and what was going on his head at the time. This has another benefit: it lets readers work out things for themselves - I think it gets them more involved."

"You'll see, too, that I've been more generous with paragraph spacing than usual. Without the physical constraints of paper, we can give the story room to breathe."

After many years living and working in the Mid-East, it's not surprising that Alain's first publication, 'The Lebanese Troubles', was a novel. It tells the story of expatriates caught up in someone else's civil war; as the country falls into ruin, so do their own relationships.

But in future, Alain projects that more of his stories will be shorts, like the latest, 'Pilate's Bag'. "In the old days it was uneconomic for publishers to handle short stories, so it generally didn't happen. But for the mobile device, they're absolutely perfect - stories that you can read from start to end in 30 minutes or less. Think about it - we have the power to change someone's life on their way to work."

Keep up with the latest offerings from Alain - thoughts about publishing in the electronic age as well as new stories - at his website:- www.alainmilescom 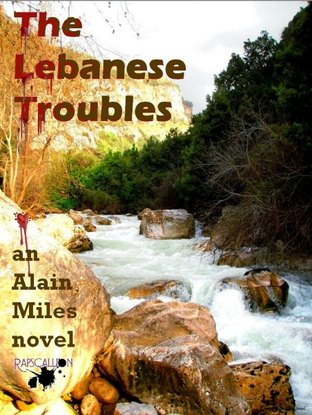 Clashes on the outskirts of Beirut hardly seem to threaten the self-indulgent lifestyle of the expat community. For newcomers Richard and Claire the 'troubles' just add to the interest and excitement. And besides, adventure beckons, in the shape of their new friends, madcap American journalist Lawrence and the exotic, alluring Monique. But there's big trouble in store, even for a would-be hero.

Trouble in the Middle East has been a recurring theme ever since most of us can remember, and recent events have once again turned the spotlight on a region where peace is always fragile, death never far away, but somehow life goes on. 'The Lebanese Troubles' offers an insight into a world of intrigue, politics, tribalism, religion - if only through the eyes of an inexperienced Western observer, Richard.

While the story is a fiction, the historical circumstances are accurate. You'll be the best judge of whether Richard's interpretations are correct or not.

But this is not a history. Beirut's bloody civil war is only the backdrop to this novel, providing a film noir context to a story of relationships. Relationships intensified by the outside events which drive the principal characters too close together for their own good.

The issues raised are existential. Where do I really belong? What is loyalty? Who can I trust, least of all myself? Is love just a form of self-gratification and expediency? Can I believe in anything?

Sounds gloomy? Well perhaps so, but there's plenty of fun to be had en route to tragedy. There's Monique's rooster impersonation, Lawrence's insane river journey, Richard's heroic exploits at the roulette table, and the answer to the language student's ultimate question - "What means mean?" 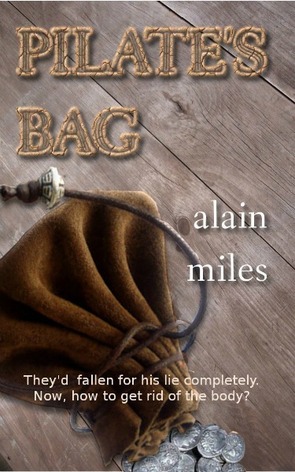 He was a fanatic, no doubt, with dangerous delusions about his God-given mission. But for his followers, he was the one man who could bring down the regime and deliver reform and relief to an oppressed people. That's why the authorities had decided he needed to die - and then vanish, his body dumped at sea. Out of sight, out of mind.

Jude had set it up perfectly and his rival would be eliminated. But now, before it was too late, he had a decision to make. Would he save Jesus?

We've all heard the story a thousand times - how Jesus was betrayed by Judas Iscariot. But never told by the perpetrator. What was the motive? How was it planned? Who else was involved?

Pilate's Bag is a steamy short story that brings the biblical characters to life in a shockingly modern context. Imaginative, provocative, relevant, it's the perfect e-read for the thoughtful reader who loves a crazy story. Or vice versa.