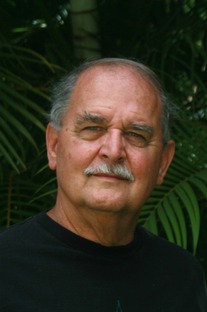 Alain Gunn has lived the exciting life that other authors only write about. He is a surgeon, an educator, a military officer, and a scientist. A retired US Army colonel, he served during the Vietnam War and Operation Desert Storm, then as Chief Surgeon at a children's hospital serving patients throughout the Pacific basin, including Hawaii, Micronesia, Polynesia, and Fiji. For his humanitarian work, he was named an Honorary Ambassador by the Governor of Guam and was commended by the legislature of the Commonwealth of the Northern Marianas.

He is well-traveled, having worked or taught in over 40 countries, on all the inhabited continents, but lives in the center of the Pacific Ocean, in Hawaii.

His many publications include newspaper articles, textbook chapters, scientific research, short stories, and six novels, A Tale of Two Planets, Red Exodus, If Pigs Could Cry, Fire at the Bottom of the Sea, The Honey Bee, and The Death of Aloha (the latter two under the nom de plume AK Gunn). He also contributed short stories to Mystery in Paradise: 13 Tales of Suspense and Intrigue and Dark Paradise: Mysteries in the Land of Aloha. and is author or co-author of more than fifty textbook chapters or scientific articles.
​
Hobbies include astronomy, scuba diving, underwater photography, ocean kayaking, playing banjo in a jazz band, and singing in a choir.

A Tale of Two Planets

If Pigs Could Cry

The Death of Aloha

Fire at the Bottom of the Sea