On most days, Abbey can be found at her computer, penning her latest tale. A tale where love, respect, and passion combine to create a satisfying and happy ending. Guaranteed. She invites you to step in to the pages of her romances, to leave your worries behind and get swept up in her world. 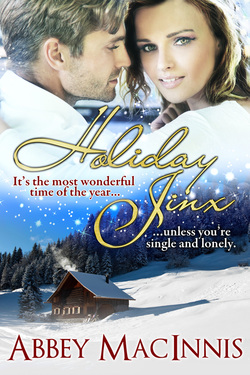 It’s the most wonderful time of the year…unless you’re single and lonely.

Jinx—one of Santa’s elves—is in trouble with the Big Guy. She’s been charged with bringing holiday happiness to Christopher Ragan, CEO of Wondrous Toys. It’s a big job especially when he’s more attached to the bottom of a bottle than helping his fellow man.

She’s got enough trouble without spilling the secrets of the North Pole, but then along comes Natalie Burnes, a newbie CEO of Enchanted Toys and in trouble of a hostile takeover from Christopher’s company. The woman literally crashes Christopher’s vacation plans in a tucked away Michigan cabin——and the sparks start flying.

As if Jinx’s job of matchmaking the toy makers isn’t hard enough, she’s got to stay one step ahead of the North Pole patrol and keep out of sight of the humans. No way is she gonna screw up and lose her magic again. If the humans can’t find happiness and love by Christmas, Jinx forfeits her chance of seeing her true love too. What’s an elf to do? 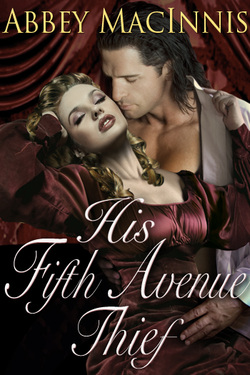 Two years prior, Irishman Aaron O'Connel took his life from rags to riches. Chance and wits have kept him alive in 1850'S New York City. But no amount of money or success can bring his love Cathlene back from the dead. When a thief sneaks her way into his mansion, the last woman he expects to find absconding with his belongings is his long lost wife.

Abandoned on New York's shores, a widowed, penniless, and ruined Cathlene O'Connel was left to fend for herself in an unfamiliar world. Fear and circumstance drove her to a life of thieving in order to survive, but her heart risks the biggest danger of all when Aaron hands her a scandalous proposition: A son in exchange for her freedom.

Now that he has her back, Aaron doesn't intend to let Cathlene slip between his fingers. He'll do whatever it takes to regain her trust and love. But when an enemy from Cathlene's past resurfaces, Aaron not only faces battling for Cathlene's heart, but also her life.