KNIGHTS OF THE WIZARD 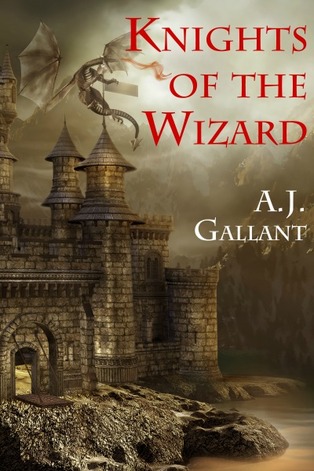 Marcus the boy wizard is trying hard to become an adept sorcerer but is failing miserably. When a beautiful girl takes his attention he’s more determined than ever to become a powerful wizard, the kingdom may depend upon it.  Stone, Alexa and the dragons are back for another adventure.

Knights of the Wizard is NOW available. 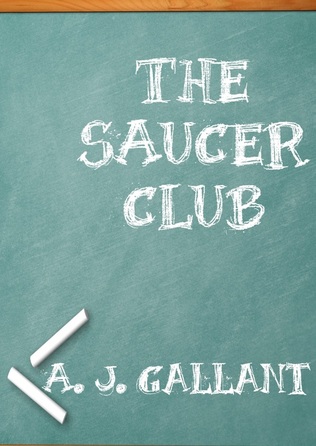 It’s a fantastic quest beyond fantasy, where fear, humor and adventure come together in this special tale for those from 9 to 90.

The forest has many eyes at night.

The Saucer Club is the relationship between four boys and the biggest secret in the world. When they decide to include Randy into their club, an 11-year-old that’s confined to a wheelchair, the adventure begins. The boys decide to carry Randy miles into the woods where a saucer is stuck in the side of a cliff. They think the hard part is over when they get Randy in the disk, but as they realize the saucer isn’t completely dormant they discover that the adventure is just beginning.

It’s a tale of secrecy, friendship and adventure.

Knights of the Dragon 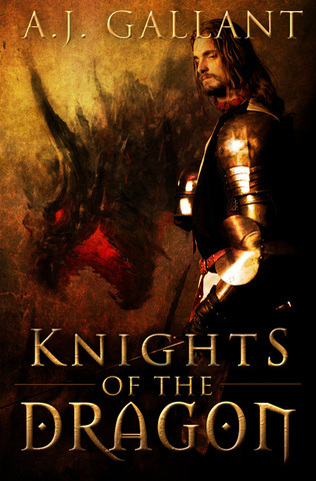 Knights of the Dragon is an exciting tale of knights, wizards, romance and dragons. The adventure to save Leeander is on!

A dragon named Ryxa befriends a boy only to discover that his kingdom will soon be conquered by another and the boy is doomed, and so to save him and his people she hires knights to go on an adventure with her and the boy to find magic.

Leeander’s knight Stone is sent out to capture a wizard in an attempt to defend the kingdom while trying hard to keep his eyes off princess Alexa, who insists on going with them in pursuit of a sorcerer.

Meanwhile, a red dragon named Ella falls for a black dragon, which is taboo, and she tries hard to resist his irresistible charm. She doesn’t want her life to be left in ruins because of bonding with a black dragon.

Follow the baby dragons on their adventure in a land of magic, dragon romance, knights, wizards and battle.

Goodreads reviews for Knights of the Dragon 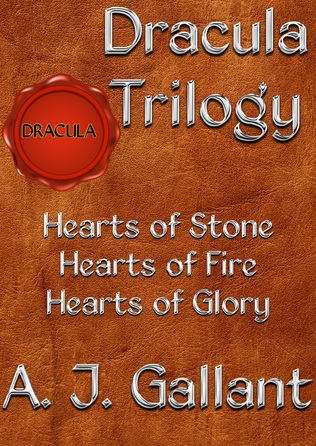 Dracula is a good guy in this trilogy. The Master is depressed, suicidal in fact. He must snap out of it to help defeat the evil vampire. A tale of magic, romance and fangs. 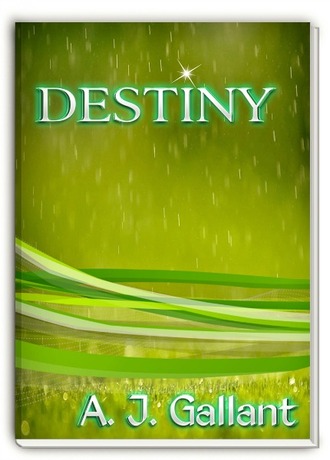 Assassins and ghosts and a wonderful love story oh my.

John Moore is a hitman that has big plans; he’s always wanted to go out battling cops, a lot of cops. He built his house with the final battle in mind, surrounded by mines and other surprises. He wants to kill a hundred cops and then have law enforcement kill him, wants to be infamous, but life has thrown him a curve ball that he can’t hit. John discovers that he has an inoperable brain tumor.

Aineki is psychic, talks to the dead and has known since she was young that she’s destined to have one very special baby, but she has to find the right fellow to impregnate her. When John takes a bit of a vacation in Hawaii he meets Aineki, who believes that he’s the one and has no choice but to pursue John. But evil spirits have no intention of letting this baby come into the world.

_Dracula: Hearts of Stone (Book One) 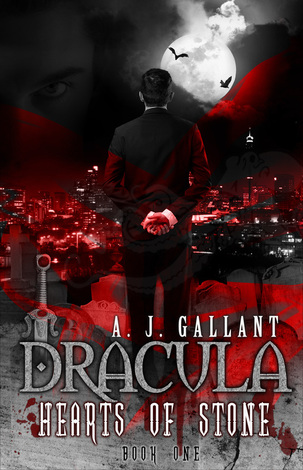 This MIGHT be a little like Dracula if written by J. K. Rowling. Where magic and vampires interweave for an exciting adventure.

Evil vampires are in the early stages of taking over the world. New York City is under attack. Dracula remains in a suicidal funk and is unwilling to come to the aid of humanity. He spends some days hanging by a noose from his ceiling. Life has been too long and exhausting. The Master has created valiant sheriffs to deal with the bad vampires; problem is that they are outnumbered by the criminal biters. Dracula’s a bit of a good guy but has to be prodded in the right direction.

A 12-year-old girl is a rare hybrid, half human and half vampire and was conceived the normal way. Jenny turns out to be even more exceptional when she discovers that’s she’s a blood wizard. She’s able to cast spells on inanimate objects that will repel and confuse the malicious vampires, and her power is in its infancy. That makes her a huge target for the malevolent vampires. When an underground vampire deems that the girl could be an obstacle because of her powers, he decides that he wants her dead.

Lauren is a valiant female sheriff. Michael is a regular vampire that desires to become a sheriff. Michael falls for Lauren and pursues her but she is not so inclined at first. Michael has fallen for Lauren hard even though she frightens him. The fact that she split one of the vicious biters in two to save another is a difficult thing to get out of his mind. Their relationship finally blossoms but she must leave Boston as she’s transferred back to her regular post in New York. 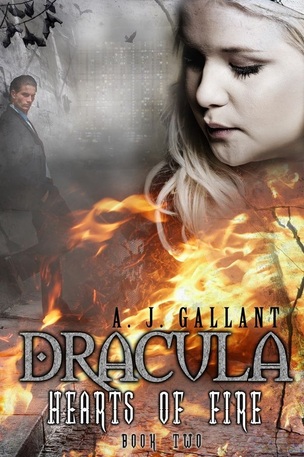 Dracula: Hearts of Fire continues with more adventure, more romance and plenty of fighting. Jenny tries to find herself; she ventures out in search of training to become a better wizard and help save the world. Dracula is happier than he’s been in centuries but he’s now aware that big trouble is on the horizon. Things become even more complicated for Moon Diamond, the vampire cat. Humor abounds in Hearts of Fire.

An excerpt of Dracula: Hearts of Fire 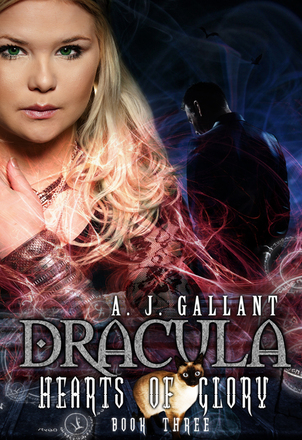 This is the exciting conclusion of the Dracula trilogy. In this book a baby is born and what a baby! A very special wedding takes place. Dracula heads to Egypt for a thrilling ending in Dracula: Hearts of Glory.

Come along for the adventure with Dracula, Piers Anthony, Jenny, Michael and Lauren, Alexander and his German shepherd vampire dog Tessy, 90-year-old Annie and her new pet and even Keith. And of course the Siamese cat Moon Diamond.

Did I mention zombies? 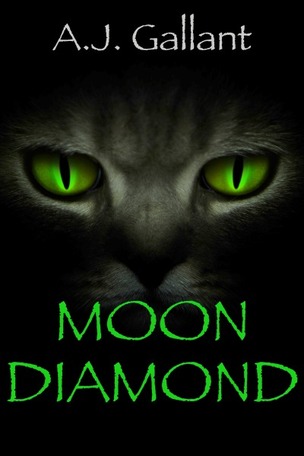 Out of the forest and fog he comes, his silhouette barely perceptible displacing the mist around him. (“Is he a monster?”) (“No.”) His footfalls are as quiet as a cat, his vision as sharp as a vampire. (“Is he a cat?”) (“Yes he’s a cat.”) He jumps fifteen feet up into a tree, watching as people stroll by, searching for a certain someone to pounce on, searching for the killer. (“Is he a dog?) (“I already said he was a cat.”) He can run faster than the wind. (“Faster than the wind inside a tornado?”) (“I suppose so.”) He’s Moon Diamond, a Siamese cat and protector of the innocent. (“Does he carry a gun?”) (“I said he’s a cat now how’s a cat going to carry a gun?) Moon Diamond opens a private investigator’s office to help solve crimes, thus is born Moon Diamond Mysteries. (“What? I thought you said he was a cat?”) He is a Siamese-vampire hybrid feline. (“Are you sure he’s a cat?”) (“Shut up.”)

Zacharia, an ancient friend of Dracula’s had an old Siamese cat named Moon Diamond that had lived beyond its lifespan but he loved it so much that he kept it alive with a piece of his soul. When Zacharia was killed something extraordinary happened, his soul went inside the cat and his spirit now shares control of the feline.

The police approach Dracula, unsure if they are dealing with a vampire or just some maniac, hoping that he’ll step up and help them. But Dracula is fascinated by another distraction, a pregnant cat named Trixie.

Knight of the Sword 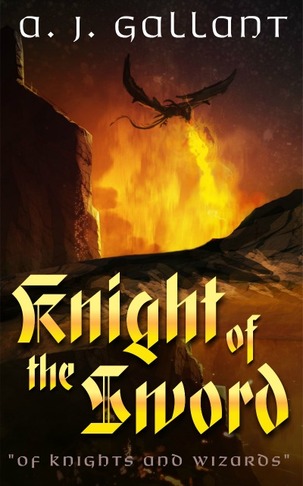 The boy wizard is back and must face three sorcerers in this epic adventure. A message from the other side warns Marcus not to allow the sorcerers to get their hands on a powerful staff but it may already be too late.

Marcus’s relationship with Raina becomes a little more complicated. Because he must take care of more important matters to protect Leeander she’s feeling lonely. The sorcerer feels compelled to try and remedy this.

Princess Alexa, Obed and Merrill are off to find a magical sword for Stone’s birthday. Will they make it back alive?

And Cyrus is full of … surprises.