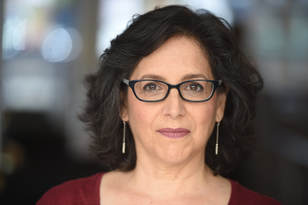 While working on a story, Rosanne has to forbid herself from reading so she can get some work done. When she finishes a project, she may consume several books obsessively, usually at the expense of getting enough sleep. She also spends time cooking, skating, playing games and practicing yoga. Rosanne lives in Brooklyn, New York, with her husband and daughter, with whom she loves doing everything.

Rosanne Limoncelli was born in Middletown , Connecticut and has also lived in North Haven, Connecticut and Morristown New Jersey. She has enjoyed reading and writing her whole life, especially mystery/thrillers, and her first published story was in Alfred Hitchcock’s Mystery Magazine.

Rosanne is the Director of Production for Film and New Media at the Kanbar Institute, Tisch School of the Arts, New York University. She received her BFA from the Department of Film & TV at NYU’s Tisch School of the Arts and her PhD in Teaching Reading, Writing, and Media from NYU’s Steinhardt School. She has been teaching writing and filmmaking to students and professors since 1989, and has served as a consultant in the area of teacher education to high schools, colleges and universities. 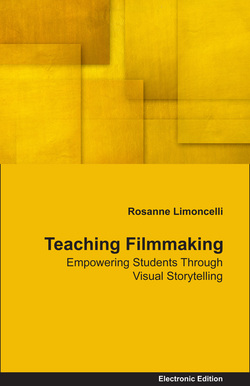 Dr. Limoncelli sets out to design a summer filmmakers workshop for high school students. She constructs the curriculum with the idea that learning to make their own visual stories will help students with their critical and creative thinking skills as well as help them develop their self-esteem. This study tells the story of this filmmakers workshop, focusing on four of the students who took part in the class, from the point of view of their teacher/researcher who follows them on their journey. This study has all the details of a How To guide for English or Language Arts teachers who want to support the filmmaking endeavors of their students. The students in this story learn to analyze films and engage in discussions about character, narrative structure, and how themes are developed. They brainstorm story ideas and develop their own ideas for film. They learn how tell their own stories using techniques of narrative imagery. To read this journal-based study is to experience the thoughts, hopes, and struggles of the students and the teacher as they share the process of learning.