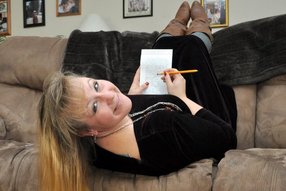 I actually started out as a mechanic, yes, an automotive mechanic having over 30+ years experience and my associates degree in auto technology. I began writing my first story, Mechanics of Murder, after I had been fired for taking maternity leave. I took a 3rd shift job and trying to keep myself awake, I used my imagination and started creating a story of a female mechanic, which I was, finding a dead body underneath the truck she was working on. My father absolutely loved the story and encouraged me to complete it and get it published. I was almost finished with the first draft when my father had a stroke. Encouraging him to get better, I rushed the book to Lulu Publishing without it being edited. My father was able to hold my first novel but was never able to read it, he passed away 2 days later. But it began a passion for me that has not dwindled!

I have continued writing and my list has now grown. With Love; Now & Forever and Shadows, both paranormal romances though with different personalities and twists. The sequel to Mechanics of Murder, A Wrench in the Plan, was completed in January of 2011 and was released in the spring of 2012.I know my Dad would be proud. My contemporary romance, Love's Everlasting Song, is a sweet tale where hopes,dreams and occasionally fairy tales do come true.

I have 3 more novels in the works and plan on writing for many more years! I am very proud of my work so I use my real name, RaeAnne Hadley. My stories are not sexually graphic because I believe the use of your own imagination can be more romantic and more sensual than what I will put into words and I ALWAYS have to have a happy ending! Life is meant to be fun, enjoy the journey!!! 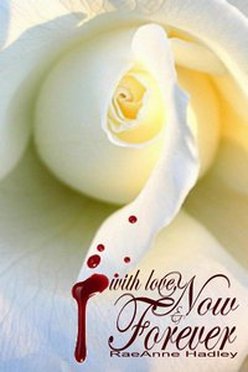 Multiple soul mates. She ran the statement through her shocked brain, allowing it to seep into her broken heart. Twelve years after losing the love of her life, she was being told that everyone has more than one chance at true love. Could it possibly be true?

From outward appearances, Anastasia Cassadine has the perfect life; a very successful company and handsome men vying to be her companion. But the appearance she projects is terribly misleading. Ana is haunted by a dark secret from her past, one that involved her first love, Austin Troy. Sally, her trusted assistant, can no longer bear Ana’s mourning and tracks down Austin. When Ana finally gathers the courage to call him, she finds herself conversing with Austin’s widow, Jennifer Troy. Haughtily, Jennifer informs Ana that she has been named in Austin’s will and is to come to London for the reading. Shocked and in pain, Ana reluctantly agrees.

Jennifer convinces Ana to sit in on a reading with a medium and feeling guilt-ridden, Ana agrees. Ana is wrapped up in her grief when she meets Rick Montgomery, the attractive psychic who immediately puts her on her guard, though their attraction is undeniable. As they get closer, dark forces gather to tear them apart. Once more forced to relive the terror that forced her and Austin apart so many years before, Ana and Rick must join together to battle the darkness that will threaten everything they know. 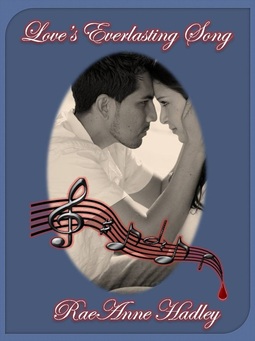 Rebecca Gordon never believed in "happily-ever-after" but she had no idea how far her marriage had crumbled until she walked in on her husband with another woman. Unable to save her marriage, she decides to focus on her career and win the horse show that would put her ranch on the map. Wanting to use the latest, chic music for her competition, she flies to L.A. where she is to meet with the managers of Luke Grayson, the hottest singers of the decade.

Luke Grayson is on top of the world and at the top of the charts but he's growing weary with the "McModels" that are throwing themselves at him. Their selfish, shallow personalities leave him wanting for more. He stumbles across a DVD late one night and becomes intranced with the woman riding her horse to his music. Determined to meet her, he arranges to be a part of that meeting.

The physical attraction between the two is immediate but Rebecca struggles with her pending divorce and need to be successful in her career. As Rebecca begins to open her heart and believe in her future, her past won't leave her alone and threatens to destroy everything she has worked for. Can she fight to put her past to rest and begin a new life or will this be her swan song? 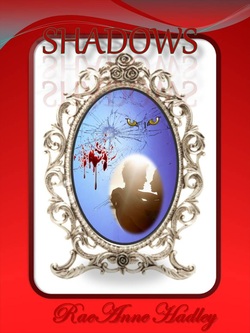 You know that shiver that runs up your back? It usually means that something evil is near but you would never know this. Tabitha Reynolds does because she can see what most of the world can’t. She sees what others dismiss as figments of their imagination. Shadow demons.

It was shadow demons that killed her family, and later, her first love. She has spent her life alone to protect those around her from the deadly creatures.

Justin Murphy also has the “gift”, but he has taken his journey a step further. Not only can he see them, he has made it his life’s mission to destroy them. Giving up on all hope that he can have a normal life, he is willing to sacrifice his life to destroy as many of these boogymen as he can.

When a chance encounter brings Tabitha and Justin together, they realize they are not alone. But so do the demons, they now know that these two people can see them and they don’t like it. Can Tabitha and Justin stay strong enough to defeat the evil entities or will the shadows finally conquer the light? 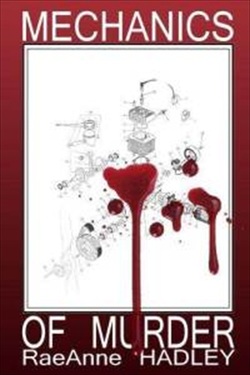 NOTE TO MY READERS: This novel was written for my father when he was living with me. I had almost completed it when he had a stroke. I rushed to finish the book, encouraging him to get better so that he could go to my first book signing and see his daughter begin her new career. I normally have 3 different editors read my stories before it is released for publication but in my hurry to get the book to my father, I skipped that. He was able to hold Mechanics in his hands but never got the chance to read it. He died 2 days later. I have gone back to fix it but have found it too painful. I was able to correct some minor errors and extended this story but I know that the errors are too much for some people. I know my father would be proud and I hope you, the reader, will be able to enjoy the tale that was always finished in my heart.

Automotive mechanic, Josephine "Jo" Lingenfelter's life is turned upside down when she discovers a mangled body underneath the vehicle she is working on. The police have ruled it an accident but her mechanical instinct revs up when she notices inconsistencies in the report.

Steve Rafferty, Jo's boss, also has doubts about the accident and after someone tries to run them down, Jo and Steve are thrown into solving this mystery before it's too late. The closer Jo and Steve come to solving this crime, the closer Jo comes to losing her heart to Steve and uncovering the dirty secret that's been hiding under her nose in the sleeply little Colorado town.

A Wrench in the Plan 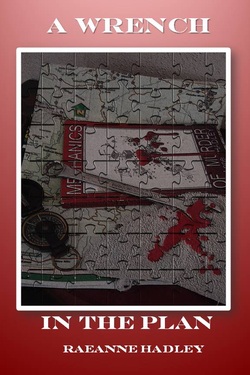 The exciting sequel to Mechanics of Murder!

Making a living in a man’s world, auto mechanic Josephine Lingenfelter, has become fiercely independent but is still all woman inside, hiding untapped passions and desires.

Having solved her friends’ murder, she finds her actions have caused a second murder to take place and she feels honor bound to make things right. Set in the Colorado mountains, following clues to Mexico, Russia and Italy, she finds herself dodging bullets instead of turning wrenches.

Her service manager, Steve Rafferty, who is retired Delta Force, is also targeted to be silenced but that’s not the only reason he stays so close. While Steve knows they will work together to solve another murder, he hopes she’ll figure out on her own, the mystery of their hearts.