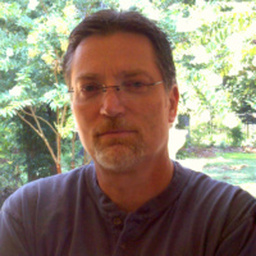 Born in Jackson, Mississippi, Perry spent his early years living in rural Mississippi before moving back to Jackson as a young teenager.

At the age of 24, Perry joined the Mississippi Air National Guard where he served our country working as an Aircraft Loadmaster on the C-141 Starlifter. During his military service, Perry participated in Hurricane Hugo Relief, flying supplies to the Virgin Islands, receiving the Air Force Achievement Medal. He also served in Operation Just Cause, the invasion of Panama in December 1989. Perry's military service ended after serving in The Persian Gulf War, also called Operation Desert Shield/Storm.

Perry met his wife, Kathie, while on a trip to England. She was on temporary assignment with the Ohio National Guard and Perry was a member of the aircrew assigned to fly her unit back to Ohio. The two met on the airplane shortly after take-off, and talked for hours. Yes, hours. And that conversation has been going on for over 25 years. Perry and his wife Kathie reside in Tennessee.