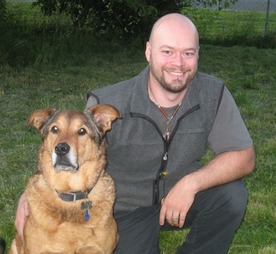 Mattius C. S. White grew up in Alaska and has always had a fascination with medieval weaponry, magic, and fantasy worlds. This fascination developed into an overactive imagination that needed an outlet. He found that outlet with writing and began writing his first novel at the age of nineteen. Mattius attended Lewis-Clark State College and earned his Bachelors Degree in criminal justice and studied creative writing. He published his first book, The Exiled Son, in the summer of 2011 with its conclusion, The Leaves of Dusk, releasing shortly after. These will be the first two books in the ongoing saga, The Immortal Veil. Writing has become a lifestyle and an obsession, but a very fun and rewarding one. 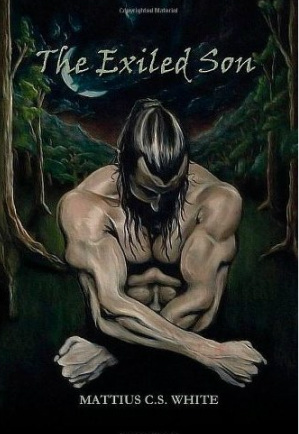 Centuries later, the wayward son of a SangreLin prince must trace his past within the malevolent SangreLin Empire. When Tallic Shawen realizes that it is his SangreLin blood that allows him to harness the Luzblad’s power, he must embrace his dark roots in order to restore balance to the world. Years of slavery and battles with beasts and men harden Shawen into a formidable soldier, but when confronted with the power that lurks within the Luzblad, he must also face his own weaknesses. Though he will encounter many friends and allies during his journey, even more enemies will stand in his way. Only Tallic can stop the SangreLin Empire from thrusting the Freelands into an even darker age.

The Leaves of Dusk 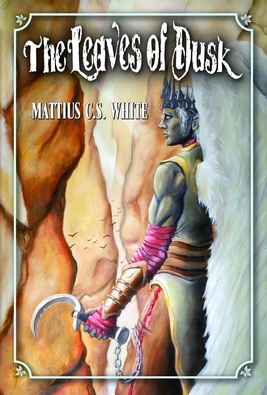 The Battle of Danat-Lanne is over, but the war has just begun. The SangreLin Empire has taken the city of Yorescialen, leaving many wounded, and many more dead. Though victorious, there is dissent at the Empire’s helm. Clybanus, Niafask, and Milradyon deceive and betray one another in their insatiable thirst for power. Regardless, the SangreLin Empire marches on.

Yet hope remains. Battered and broken, the Forghonyi, a legion of warriors formed for the purpose of bringing peace back to the Freelands, are about to discover that they have invaluable allies in unexpected places.

Only the spirit of the Luzblad can unite the peoples of the Freelands against the enemy. However, the power of the sword comes at a great price. It will be a lonely journey for its bearer. Dark paths and malevolent forces lie ahead for Tallic and the Forghonyi as they push forward in the face of suffering and discord, and ultimately, when they are confronted with their greatest fears, they will find that even the choice between good or evil can be taken from them.

The Princes of Shadow and Sand

Twenty years have passed since the conclusion of The Leaves of Dusk. Aging heroes and new warriors must stop a race of demi-gods from claiming their place in the spirit world Cloasium at the cost of the Earth itself. The veil between gods and men is growing thin, and now even dreams have opened the gateway into a realm that man should not tread.