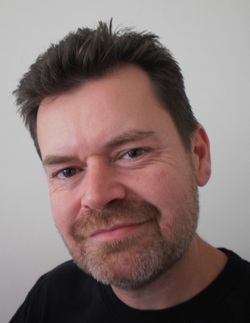 Darrell Pitt - I enjoy writing young adult novels. I like fast paced action stories populated with interesting characters. My published novels are "The Steampunk Detective" and "The Last Days of Earth". I currently have a trilogy of novels on the way as well as a couple of stand alone titles.

I've wanted to be a writer ever since I had some positive feedback from a teacher in high school. Rather than becoming the next Stephen King I became a husband and a father instead and I'm fortunate to have such a wonderful family.

Being a writer means that you mostly work for free. In saying this, I don't mean you never earn a cent from your writing, but what I am saying is that you work for a long time producing stories that are not quite up to scratch or not what people are looking for until you finally 'crack' the market.

I've had many jobs over the years - too many to list, but I currently work part time at a facility called "The Sacred Heart Mission". This is a place where people who used to live on the streets now live in a hostel similar to an aged care home. I am constantly reminded that 'there but for the grace of God go I.' Anyone can end up homeless or suffering from mental illness. It's a cruel world and in my own way I try to make it a better place when I can.

People often ask me who my favourite author is and what I like to read. It's an easy question, but difficult to answer. It's safe to say that I've enjoyed a lot of Stephen King, Dean Koontz, Bernard Cornwall, Ken Follett, Harlan Coben as well as many other authors. Generally my favourite writer is the person I'm reading at the time.

I currently call Melbourne my home (it's a fantastic city – you should visit if you get a chance!)

My other interests include Star Trek, Harry Potter, The Hunger Games books and chocolate. Always chocolate.

Diary of a Teenage Superhero 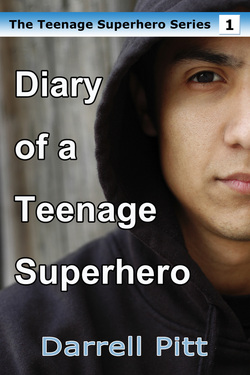 A teenager wakes up in a seedy hotel room. He has no memory of his name or his past. A man lies dying on the floor next to him. Someone starts pounding at the door.

He runs. He is chased.

While staying one step ahead of his pursuers, he begins to assemble the pieces of his life. His name is Axel. He is the victim of an amazing experiment – he has been given incredible powers – and he is not alone.

An organisation known only as The Agency has also modified other teenagers. Brodie is a master of the martial arts. Ebony can transmute one substance into another. Dan controls metals with his mind. Chad creates fire and ice from nothing.

They have been handed incredible powers to help the human race in times of crisis – and one of those times is now.

A terrorist organisation known as Typhoid has acquired Pegasus – a highly advanced missile, invisible to radar and conventional defence systems. They intend to fire it at an American city. Only this bunch of untried, untested teenage superheroes stands any chance of stopping the missile before it strikes its target.

Diary of a Teenage Superhero is a high octane thriller showing what happens when conventional teenagers with everyday problems are given powers beyond this world.

They have to learn to work together, but as Axel draws closer to his newfound friends, he remembers the words of the dying man in the hotel room. Trust no-one.

He knows he can’t trust The Agency.

Can he even trust his newfound friends? 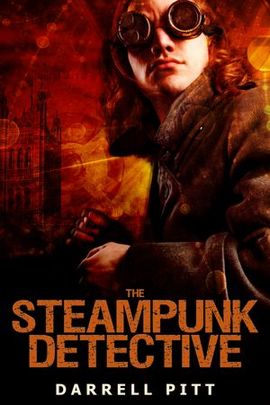 The Steampunk Detective is a non-stop adventure story following young Jack Wiggins as he joins forces with the world's greatest detective - Ignatius Doyle - to solve the centuries old mystery of The Phoenix Society.

Set against a steampunk background complete with airships, steamcars, towers that reach into orbit and steam powered spacecraft, this adventure should keep you on the edge of your seat until the very end!

If Jack and Mr Doyle do not succeed in their mission, London will be destroyed and millions will die...

The Last Days of Earth 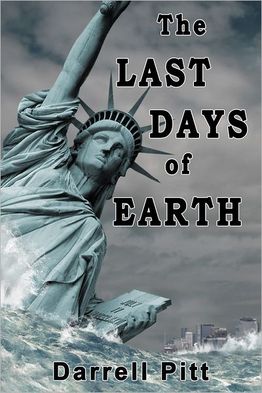 It begins as just another day.

Riley Jones awakes to the sound of voices in the living room. When he goes to investigate he finds the world has changed. Forever.

Everyone wants to kill him. Most of the earth’s population has been taken over by a inter-dimensional force. The survivors must work together to combat it and retake the planet. 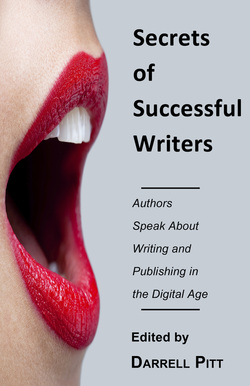 Interviews with fifty writers as they speak about writing, publishing and promoting their books in the digital age. Some of the writers are traditional authors. Others have built careers as self-published ebook authors. It contains interviews with authors who write detective stories, westerns, romance, thrillers and children’s books.
Included are:
John Locke, the first self published ebook author to sell a million copies of his novels. Micaela Wendell who was thirteen when she wrote the first draft of her book The Branding.  Dolores Durando who wrote and published her first book when she turned ninety. And the amazing Robert J Randisi who has written over five hundred novels. All of them share tips and advice garnered from the front line as they have successfully become writers in the digital age.