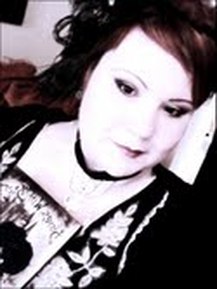 Author, artist, hair dresser, sculptor and fashionista, Bethany Grenier has been making art in one way or another for nearly twenty-five years and has been accepted into both group and solo showings of her art.

Bethany brings her unique vision and passion for style to all she does.

Her first book, Sings With Stars was released in March 2010,and a 2nd Edition of that title in February 2011. She is currently working on the sequel, The Dreaming.

In addition to her endeavors in authoring and the visual arts, Bethany also spent time with the Whole Theater Company in Kalamazoo, MI. She gained many valuable experiences from her time at WATCO, acting, set and costume design, stage hand, and eventually serving as a member of the Board of Directors.

A maker of things, Bethany makes much of own her wardrobe by re-purposing clothing and modding anything she can find…

Bethany lives in West Michigan with her husband and their cats. When not at work or writing, she enjoys art, riding her scooter, and doing research for her next book. 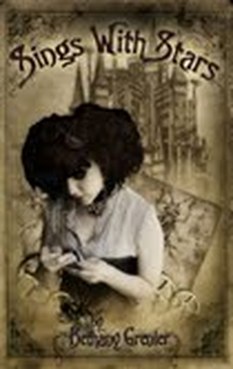 What if you found a peep hole into another world? For seventeen year old Gigi Storme, that’s exactly how it feels every time she holds certain mysterious objects at Mr. Whitley’s Junk Emporium. Gigi is different. How and why, she doesn’t know or understand, but she feels it. So does everybody else.

Gigi’s life is about to change forever, with the clandestine meeting of a stranger she has longed to know and an attack upon Mr. Whitley, her only friend. These events reveal the truth that Gigi is from a magickal realm. In this new world she must face unexpected betrayal in the discovery that Mr. Whitley is her father. While finding an unexpected magickal connection, she must learn to trust Kenyon, a handsome stranger from the magickal world to whom she’s inexplicably drawn. Finally she must undergo a series of magickal initiations with the mysterious Sisterhood of the Seers to unlock her own sequestered abilities. Gigi will confront an unknown, yet hauntingly familiar enemy with devastating powers, her mother. She must accept all these truths and overcome her own dark heritage in order to emerge victorious in the end. In the climactic finale of the book, Gigi will battle her mother to prevent her magickal gifts from being stolen and to save her own life and the lives of those around her.

Where and who she comes from will have less to do with where she'll end up, than her own choices...

Sings With Stars explores issues of self awareness and empowerment for young women struggling to find their own voice. With a premise born of teenage angst, misfit Gigi Storme finds adventure, love and belief in herself and her own abilities.