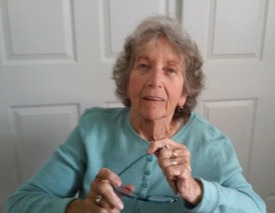 I was still on crutches, after a long recovery from a catastrophic car accident, when I took my first real job which prepared me for a substantial career in radio and television.

I was always reading, people watching and making up stories. Sometime, I wrote them down, but mostly I just stored them away. It was before computers. Now, retired and living on the Big Island of Hawaii, I started my latest career as a full-time writer in 2013 at the age of 77.

First, I published FAST LANE TO SUNSET, a story of mature people looking for adventure in their sunset years. I continued my journey with Amazon’s Kindle Direct Publishing in 2014. BECOMING JOYA is about a twisted spiritual teacher who attracts money and power, using her sexuality and empty promises to all who join her.

Currently, I’m working on a sequel to FAST LANE TO SUNSET, which has taken me in a totally different direction. THE JOURNALS OF BABY DUDE brings that new generation character, the gentle multi-faceted surfer guy, to the island of Kauai following the devastation of Hurricane Iniki on September 11, 1992. Handed off to his grandmother as a young child, he finds solace and acceptance in the ocean and in his writing. Working as a personal assistant to a unique group of seniors, he becomes part of a very different “family”. Finally, he is able to commit to a loving and supportive concept of parenting his two young boys.